The image above is of a classic scene in The Princess Diaries, where Anne Hathaway’s character, Princess Mia Thermapolis, is transformed from “dorky” Mia to “princess style” Mia.  I was 9 years old when this movie came out, in all of its splendor: it truly was a great movie for the time.  However, I was in an incredibly impressionable age as well; I distinctly remember this scene as being one where I saw Anne Hathaway’s transformation as a part of how she could become royal, in all of her groomed perfection.  I associated her outer beauty as being part of her competence to lead a small country, which should not necessarily be a message touted to young girls by a Disney film.

There is nothing wrong with being groomed.  Grooming is becoming a lost art and I think it’s very important.  I am perplexed though about another aspect of Princess Mia’s transformation.  It was not just physical, it was as if her personality changed as she was transformed by the royal hairdresser and his makeup artists to a quieter, more subdued “cool” version of herself.  Growing up, I didn’t always feel beautiful, even though I had no reason to critique myself.  Despite my mom’s constant affirmations of how I was beautiful, witty, smart and clever, I always was!  This was great, to have such a confidently beautiful mother to tell me that I was beautiful.  That’s all a young girl could ask for.

Recently, I was reading Branded by Alissa Quart, and she mentions the potential detriments of this scene to young girls: “…Why couldn’t the princess of Genovia have curly hair or flattering glasses?  Mia didn’t just get spruced up, she had to be physically made-over at the Queen’s request!  This scene was the highlight of the film…  I wonder how many girls, after seeing this movie, wanted to throw out their glasses, straighten their hair, pluck their eyebrows, or cover their freckles.” (94).  Truth be told?  I wanted to straighten my wavy hair, pluck my eyebrows, and wear contacts as soon as possible when I was a teen. 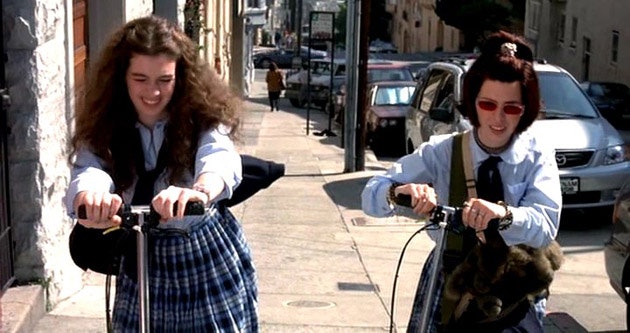 For me, The Princess Diaries was magical in a number of ways: Mia Thermapolis grows up in San Francisco and has a fabulous single mother and an openly liberal best friend who ends up attending “Bezerkeley,” all very relatable themes of my adolescence, as I am a Bay Area native myself.  It was the transformation scene that made me question why Mia had to change her looks so visibly and how after she did this, she was suddenly “cool” and wasn’t as goofy and humorous with her best friend before, which made me sad to notice that. 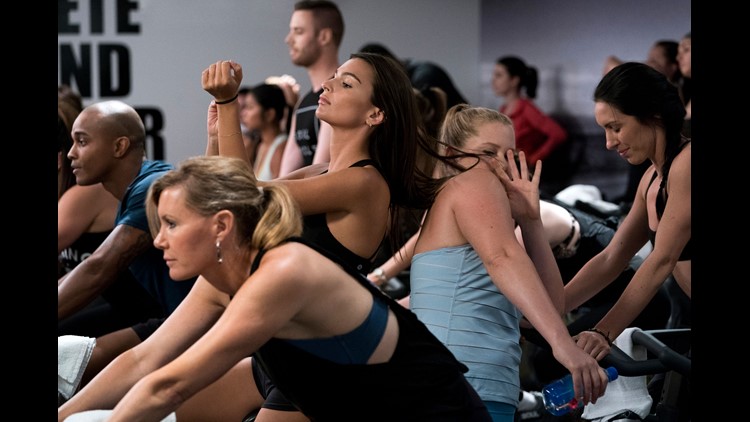 Often, Hollywood doesn’t do well with accepting female characters who have humor and beauty, as if women can only be one or the other.  Kylie Jenner has spoken openly about how she feels she lost her “funny side” after she became intensely famous.  This is also depicted in the film, I Feel Pretty, where Amy Schumer is the goofy protagonist who is shown as incredibly dorky in comparison to the much cooler character played by Emily Ratatjowski (above).  Sex and the City creator Candace Bushnell’s 2015 novel, Killing Monica, mentions a number of times how a Hollywood exec believes that actresses cannot be funny and pretty, because being funny risks one to look “ugly.”  Female characters in Hollywood should always be able to play both if they would like, and it’s clear that in reality, women can be both as well.  It’s absurd to think otherwise.  Nobody defines you: you define you.