Barbara Millicent Roberts (Barbie) is from the fictional town of Willows, Wisconsin.  How many people know that?  Probably very, very few.  Why does that matter?  Barbie, as a character, is not as multi-faceted as Mattel has tried to market her over the years.  Barbie has always been marketed as a woman who has many careers and therefore can be anyone she wants to be.  Lawyer Barbie?  Sure!  Astronaut Barbie?  You’ve got it.  Olympian Barbie?  Certainly.  Fashion designer Barbie?  Fabulous.  This is all great, but truly, proceed with caution with Barbie.  All of the above is feminist: a doll who can show girls that they can be anything is fundamentally feminist.  However, a doll whose most easily equated by the masses as a doll with blonde hair, a voluptuous body, and often equated with the word “Malibu” before her name is worth scrutinizing a bit more.

“Hey Malibu Barbie!  This isn’t LA!” is what gets yelled at Elle Woods when she arrives onto campus at Harvard University where she will attend Harvard Law School in the film Legally Blonde.  Throughout the entire film, Elle must prove herself to her (less pink loving) peers that she is just as smart and just as worthy as everyone else to attend Harvard Law and go on to be a successful lawyer.  Moments of this include Elle being tricked into wearing a Playboy bunny costume to a party that was not a costume party where she is heckled for her looks.  The truth is that Elle should never need to prove herself based upon her looks…

Furthermore, take a close look at Regina George, the main character in the film Mean Girls.  She is the ring leader of the high school clique dubbed, “The Plastics.”  That was certainly intended to be an overt reference to Barbie by Tina Fey.  The line, “Life in plastic… it’s fantastic!” from the 1997 song Barbie Girl by Aqua is certainly where she derived the group’s name from.  Regina leads the group to follow silly rules such as, “On Wednesdays we wear pink and you can only wear sweatpants on Fridays.”  These aren’t rules that are intended for any purpose other than Regina being able to assert control over Karen, Gretchen, and Cady.

At one point in the film, Cady, played by Lindsay Lohan narrates that Gretchen, “would rather be in The Plastics hating life than not being in it at all.”  The social status that Regina has based on her looks influences the other girls to do everything in their power to stay within the tyrannical clique led by the evil Regina George.  When Cady works to overthrow Regina, she gives her high-calorie protein bars to ensure that she gains weight when Regina thinks she is in fact losing weight.  Regina’s character is complex, she induces awe and fear all at once, which is not the ideal role model for a young girl.  Just yesterday, pop singer Ariana Grande released a music video for her hit, “Thank u, next” which includes clips of her version of both Legally Blonde and Mean Girls, a clear indicator that these archetypes live on.

Malibu Barbie was released in 1971, whereas original Barbie was introduced in 1959 (brunette and blonde versions), and I would like to argue here that Malibu Barbie is truly the concept that most people associate with Barbie than a female figure who can do or be whomever she would like.  Her looks are shaped by a stereotype that we can unfortunately and quickly associate as the “dumb blonde” which is the entire premise of Legally Blonde, and in Elle’s case, she asserts her intelligence by attending Harvard.  I believe, and would like my children to believe that looks and intelligence have no correlation.  The “dumb blonde” archetype has been historically built by women such as Jayne Mansfield, a woman living in the shadows of Marilyn Monroe’s fame.  In 2010, the famous interior designer, Jonathan Adler, created a real life “Malibu Barbie Dream House” that came out in tandem with a Barbie sized edition of Adler’s designs.  No doubt, Malibu Barbie is truly the ethos of Barbie.

A woman can be anything or anyone she wants to be, and yet, she is also exposed to images that make her believe that having a certain look will give her a better chance at success.  It is true that beautiful women throughout history have made an impact, as Estée Lauder put it in her memoir, Estée: A Success Story, “Beauty has always commanded attention.  In a perfect world, we’d all be judged by the sweetness of our souls, but in our less than perfect world, the woman who looks pretty has a distinct advantage…” (4-5).  The issue at hand with Barbie is that a certain type of beauty is elevated.  When we show our children the image of Barbie, we must proceed with caution.  We don’t have to ban Barbie from our children’s lives to make a feminist statement, but we must consider the impact that Barbie makes on self-esteem.  Ultimately, it is our self-esteem that will determine our success, and not if our look is just like Barbie’s. 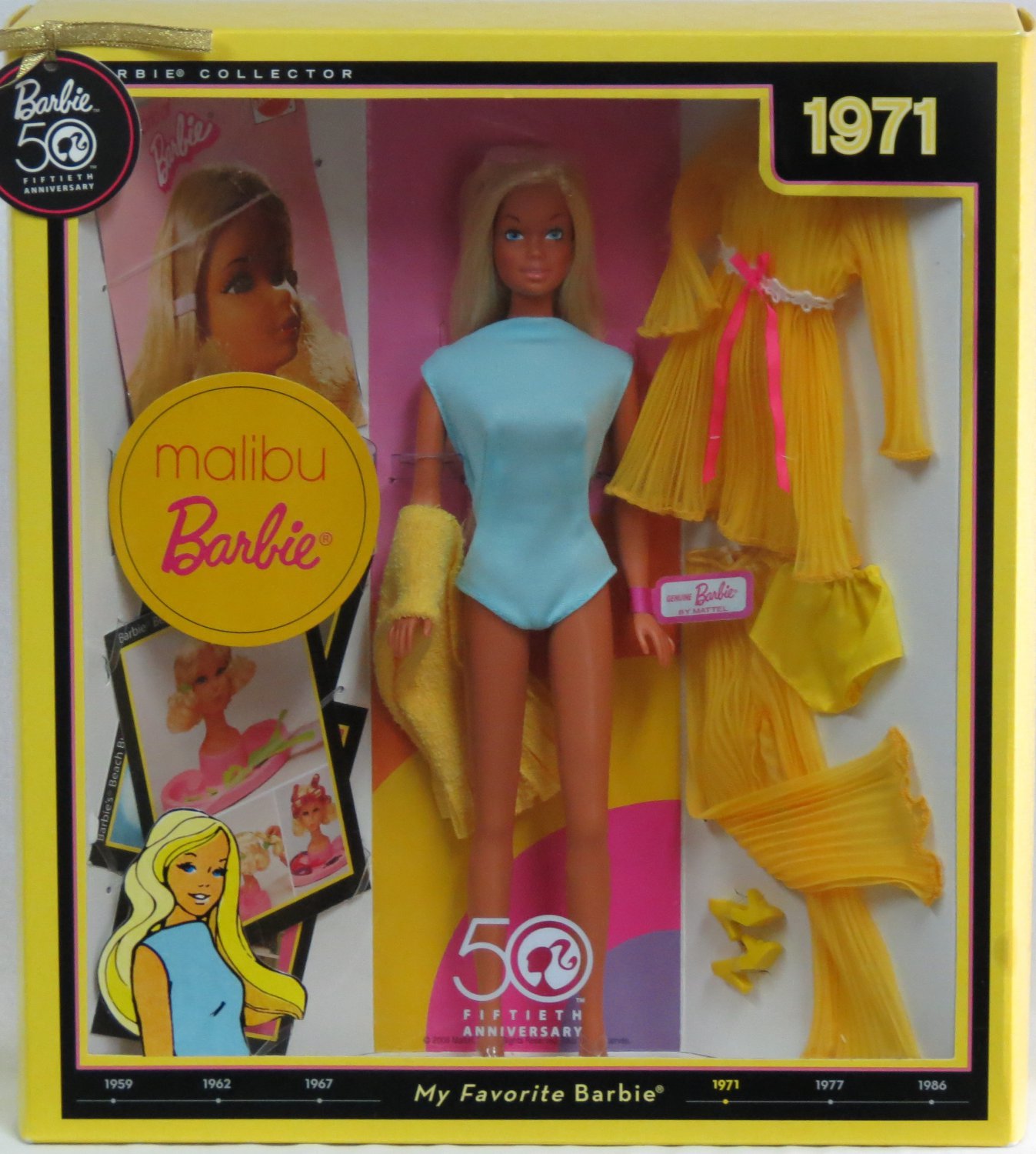